Best Offline RPG Games For Android – From time to time, RPG-themed games are the most popular among gamers. It’s really fun when we can go on an adventure in a fantasy world that is far different from the real world.

But it’s even more fun when you play RPG games without an internet connection. Because that way, you can play without worrying about the internet network.

Well, if you want the best Android offline RPG game, here are the best choices that can be played, some are free, some are paid.

In terms of graphics and typical gameplay, Portal Knights is arguably very similar to Minecraft. But the difference is, this game has graphics and visuals that are more pleasing to the eye.

Later, you will explore a unique fantasy world that is connected through a mysterious portal. Each of the portals has its own unique environment, living things, and resources.

And your task is to explore each world through the portal to finish off the evil enemies who want to rule the fantasy world. You are not traveling alone, you will meet comrades in arms who act as NPCs.

Some of the NPCs that you meet later need your help. Apart from that, some of them also sold equipment such as potions or other resources. They will also help you to build new ancient portals so that you can explore other parallel worlds.

Interestingly in this game, you can make your character as free as possible. In other words, you can customize it to suit your style of play.

Like most RPG games, you can also use different abilities to destroy enemies. Serving slick game graphics will certainly make you feel at home for a long time playing this game.

Have you ever played a survival game like LIMBO? If so, then this game is somewhat similar to the game. It’s just that, Crashland is packed with RPG nuances. The RPG concept itself is fairly simple with deep features and replayability.

Crashland will test your patience with a variety of ordeals. Which of course, will make your brain think to find bright spots to get past every obstacle.

In terms of gameplay, Dungeon Quest has a 3D graphic presentation that is fairly normal, but it’s still quite okay. In each level, you will find so many weapons, both those dropped from enemies and those from treasure chests that you will find along the way.

Because weapons are the main strength of this game, then you have 2 additional features, namely enchant and reroll. Enchantment itself functions to increase the status of a weapon, while Reroll functions to change weapon status randomly. Both of course need Gold.

In this game, you need to complete 100 levels where you also have to fight a boss. The battle against the boss is very interesting because each boss has their own characteristics. And of course, it’s not easy for you to lose.

Launched in 2014, this Android offline RPG game entitled Eternium continues to receive special attention from the developer. This means that this game always gets feature updates and so on.

Yep, with improvements in terms of features as well as visual and graphic offerings, this game has succeeded in seizing gamers. Evidently, Eternium is predicted to be one of the offline RPG games with the best rating, namely 4.8.

In this game, there is quite a lot of equipment that you can get while on an adventure. The higher the equipment you get, the stronger the character you use. Side of the gameplay –, this game is quite boring because it has a lot of levels and folders.

For those of you who have tried many RPG games, maybe you are familiar with Cat Quest. This game itself takes inspiration from Legend Of Zelda, Final Fantasy, and Skyrim.

This is where, you will be presented with the game concept from Final Fantasy, battle and series action similar to Zelda, as well as an open-world style like Skyrim. The main character that you will play is a cat.

Which later you will be helped by villagers who are also cats to find the lost cat that was kidnapped by evil monsters. To be able to beat him, you need a lot of practice and improve your skills.

The World 3: Rise of Demon is one of the best offline RPG games that you deserve to play because it has stunning 3D graphics. Although the graphic presentation is good, the size of this game is relatively small. And an advantage here is that you can play it without an internet connection.

In this game, there are only 2 characters that you can play later, namely a Warrior who is a warrior or fighter, and a mage who is a magician. For the game mode itself, there are 3 choices, namely Limbo or adventure mode, Arena or battle, and Forest Hunt or hunting.

You need to know, Warrior characters have greater damage than mages with close attack ranges. But for further attack distances, Mage is more favored with magic power.

Smashing The Battle is an android offline RPG game that carries a combined concept of action and hack and slash. In this game, the characters you will play are sexy girls, who wear tight clothes.

The story of the game itself begins in 2085 in a large construction company. Well, this woman became a victim of large-scale hacking. Because the hack of all construction robots is getting out of control, the robots will attack the factory workers.

Later, in this game, you will control two female characters, each of which has a different side of the story but is still related to each other. Of course, each of these characters has unique abilities and gameplay. Pens?

Animus – Stand Alone is also one of the RPG action games that you can play offline. In terms of gameplay, this game has similarities with Bloodrone, Demon Souls, and Dark Souls.

If you like RPG games with exciting and challenging 3D graphics, then this game is worth playing. But unfortunately, this game is not free, you need to buy it first to be able to enjoy the cool games made by TENBIRDS.

In the last position, there is a game called Ravensword which presents an open-world RPG concept. This means, later you can complete the main mission or side missions and do whatever you want in this game.

You need to know, the side mission in this game is useful for increasing all fighting skills and getting a number of payments in the form of equipment. Later, you are assigned to kill dark forces with a special sword called Ravensword.

This game is one of the best android offline RPG games. This game made by GAMEVIL Inc presents graphics with a classic theme and very simple visuals. In the game, there are also 98 quests and 152 maps that we can use so that players don’t get bored quickly.

Controller settings that are very simple and easy to use also add to the appeal so that players feel at home playing this game for a long time. In addition, you have to face and defeat many enemies during your adventure.

This RPG game is quite popular with Android users. The reason is, the Arcane Legends game has been downloaded more than 10 million times. This game, which offers a combination of action and RPG, will certainly make the game more exciting and entertaining for the players.

In the game, you can choose 3 great heroes/characters. Each of these characters has different abilities and combos. In addition, you have to collect some interesting items that make the game even cooler.

The next offline android RPG game that is no less interesting is Legendary Warrior. In the game, later you will play as a legendary warrior who fights on a chaotic land inhabited by evil monsters.

Your task is to defeat these monsters to get money which will be used to upgrade weapons, abilities, etc. The controller is also easy to use so that the gaming experience is even more exciting and enjoyable.

Reaper is an android RPG game that is light enough that it can be played offline. Because of the cool graphics and an interesting storyline, this game makes it easy to play.

In this game, you have to save the world by defeating various evil groups. The character you use will be equipped with fighting skills and skills. In addition, you can choose hundreds of swords, armor, and other accessories to fight.

The next Android offline RPG game is Battleheart Legacy which has 3D animation that will amaze you while playing it. Mika Mobile as the maker of this game provides more than 200 unique characters in the game.

Interestingly, each character you choose has different fighting moves or abilities. Such as magicians, archers, and many more. You have to complete missions in a fantasy world filled with a group of evil creatures.

The next best offline RPG game for android is Kritika. In this game, you are free to choose 11 characters who have various skills. In addition, Kritika is also a lightweight RPG game that can be played on Android phones with low specs.

Eternium is one of the best Android RPG games today. You can play it offline. At the beginning of its appearance, the Eternium game received a warm and positive response from gamers.

This is because the visual graphics presented by Eternium are very good and grab the attention of many players. In addition, this RPG game is rated 4.8 on the google play store.

Stone of Life EX is one of the most popular android RPG games. This game presents simple graphics and can be played on any type of Android cellphone. Similar to other RPG games, you have to carry out missions and collect items to level up your character.

The next offline android RPG game is Angry Birds Evolution. Unlike other angry birds games, here you have to collect a large number of weapons to defeat monsters. Not only that, but you also have to level up and get birds to defeat your enemies.

This offline android RPG game is very popular among players and has been widely downloaded via their smartphones. In the game, you take the role of the leader of an army who will receive holy crystals. To get these crystals you have to beat dangerous opponents and bosses.

So, there are 10 choices of the best offline RPG games for android that you deserve to play right now. If you have other exciting offline RPG game recommendations, don’t hesitate to share them in the comments column. 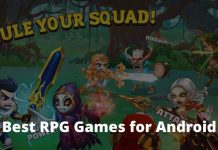 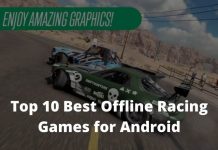 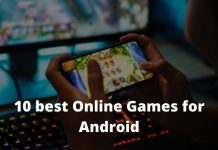 How to Install Apps on Windows and Mac Laptops In 2021

How to Use Photoshop’s Blending Modes In 2021

3 Ways to Sharpen Photos in Photoshop In 2021